The Artist’s Studio — A Conversation with Ryan Carl

Ryan Carl is a NY-based independent creative and graphic designer who collaborated with Norse Projects on a capsule collection for Autumn/Winter 22.

A picture can paint a thousand words, but words and type, can also paint a picture. Describing curiosity and exploration as integral parts of his practice, we visited Ryan at his home upstate to discuss how he connects the dots between simple forms and colour, and uncovering reflection through typography and visual communication, whether we intend to or not. 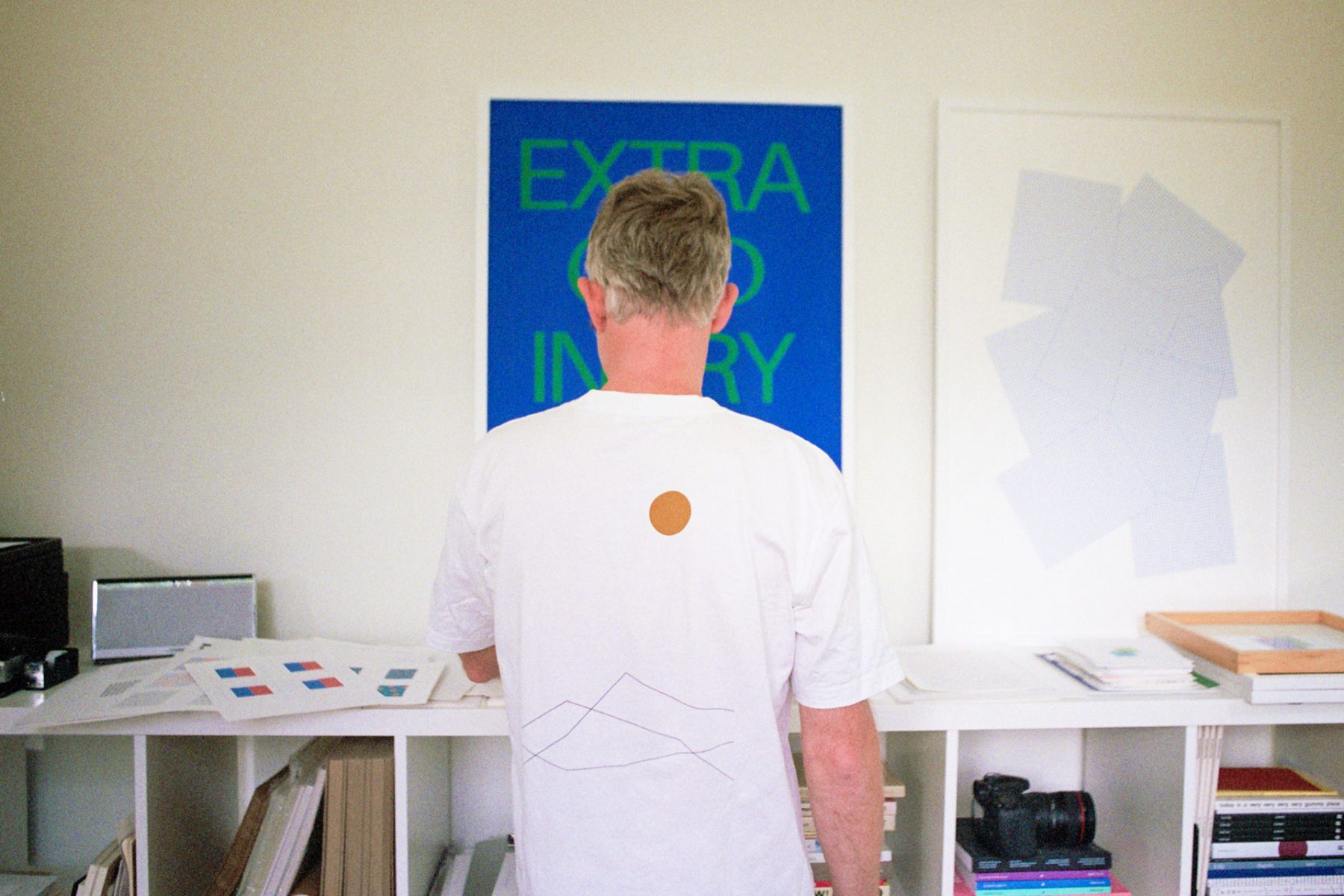 Thank you for allowing us to visit you in your home. Before working on your solo practice, can you give us a little backstory into how you started your career?

Thank you for dropping by, lovely to have you here.

I started my design career after first studying religion and philosophy, originally thinking I might become a professor. After returning from a challenging program at Oxford, I was pretty burnt out on academics and questioned if that path and community were the right fit for me. I was able to take a couple of summer months to breathe and during that time started exploring and making creative work with a couple of close friends, one who was studying photography and one who was an artist/illustrator. Before we knew it we were meeting other creative folks and started making work (graphics, ads, websites, catalogues) for a couple of small clothing companies in Los Angeles. I ended up going in-house for one of those brands — a preppy streetwear brand called Rosasen — for a few years, doing a bit of everything from managing their retail store to setting up systems and logistics for shipping wholesale orders…while also doing everything design-related on the brand and marketing side.

It was my version of a design (and business) education, a real-world crash course in how to create and produce various types of design materials, how to collaborate, and how to project manage. It laid the foundation for my career as an independent designer. 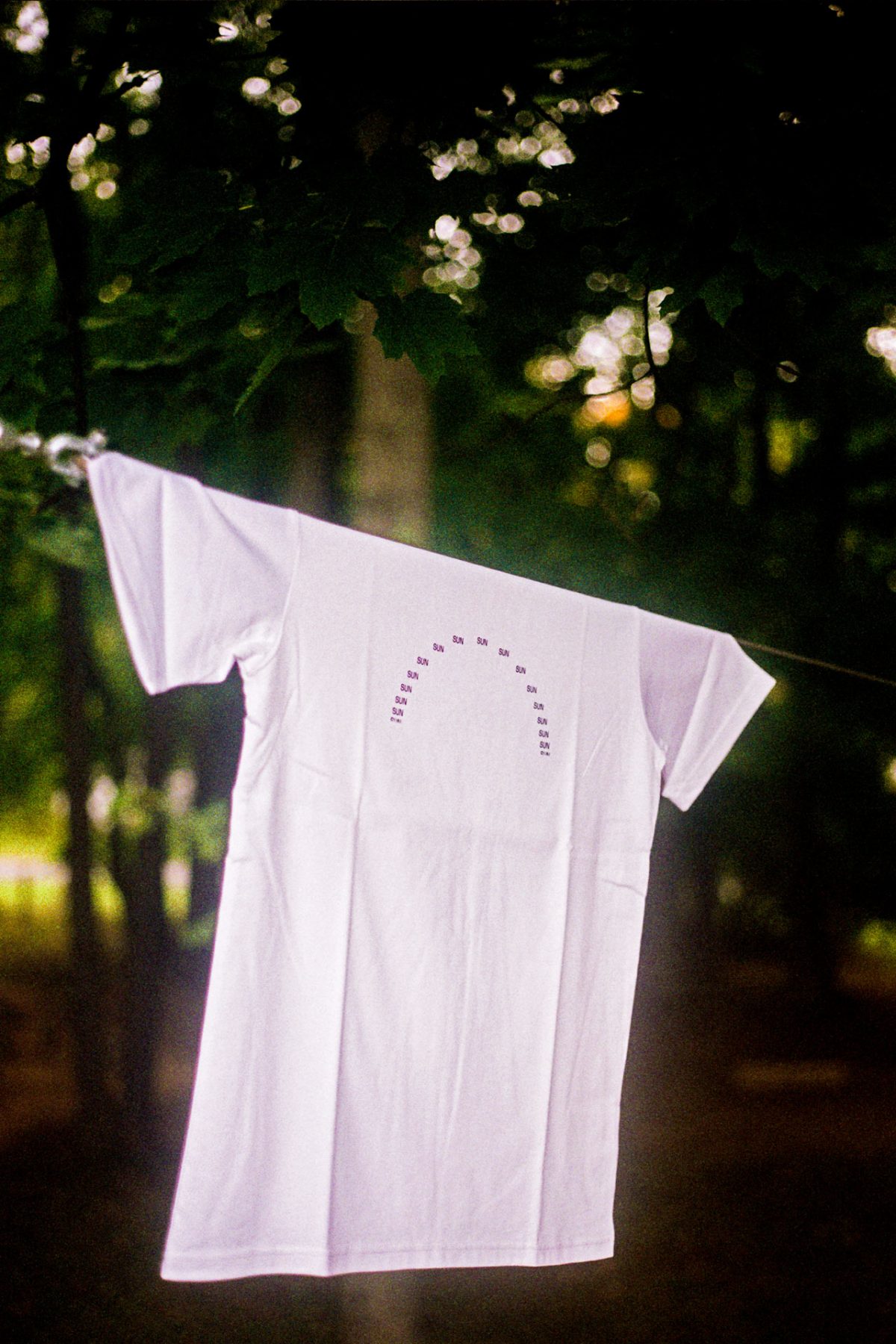 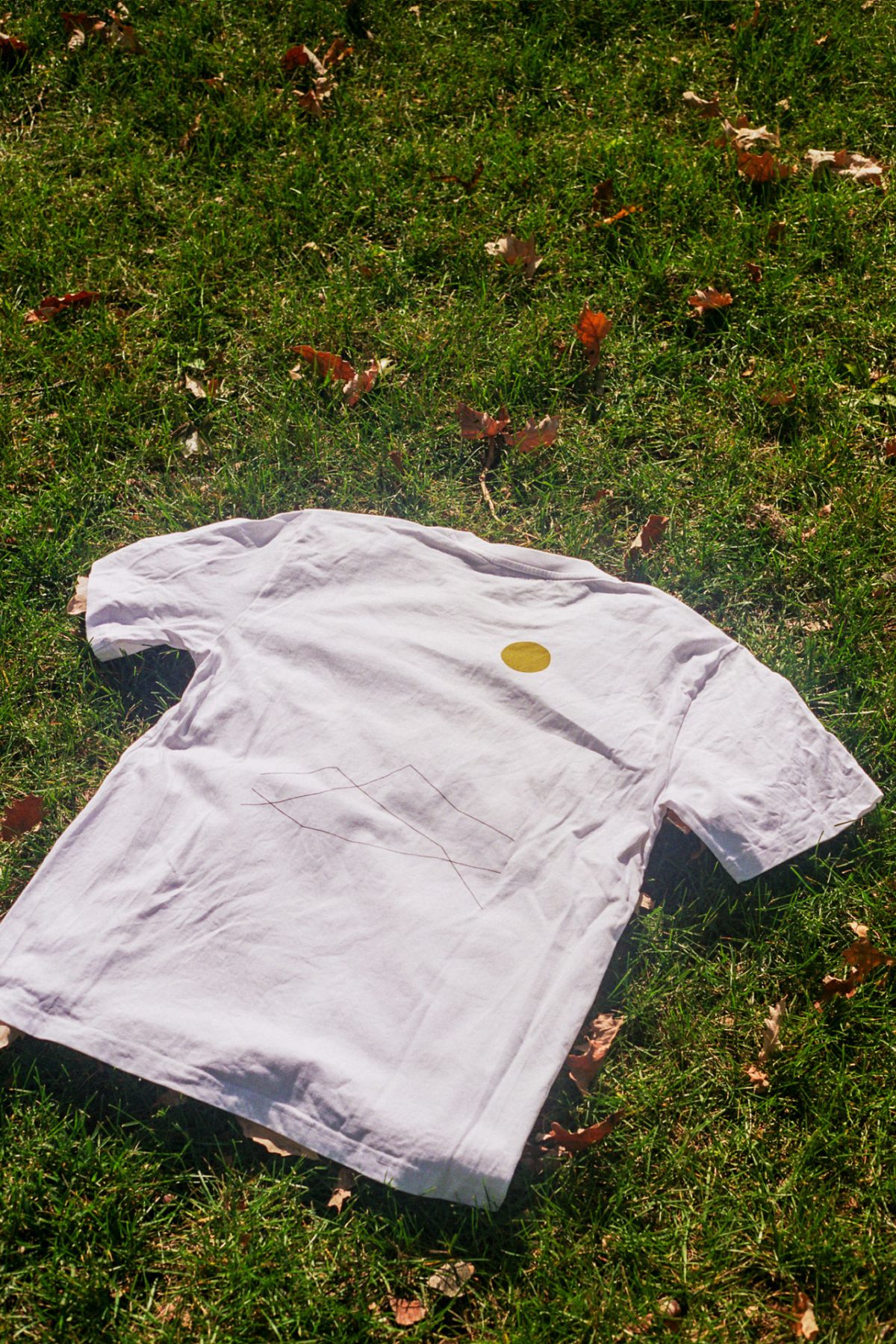 “Curiosity and exploration are integral parts of my practice. I have a genuine fascination with seeing simple forms in relation to each other and seeing how the feeling of a piece changes when the colours change, when more complexity is introduced, when there’s more negative space added, and so on.”

I believe it was you who initially reached out about a potential collaboration with Norse Projects. Where do you see an overlap of ideologies and aesthetics?

I think I’ve actually known of Norse Projects — from afar — since the beginning of 2004, or pretty close to it. That was during the time I was working for Rosasen and became familiar with lots of indie fashion/streetwear boutiques and brands. I’ve always admired the mostly classic silhouettes that are reimagined through subtle details or brought to life through color or pattern. I have Scandinavian heritage and though I haven’t visited, always feel a sense of kinship with that part of the world and how much it embraces design and simplicity.

I see a parallel in particular with a body of work called Simplicity Studies, where I’m exploring the energy and feeling that can be created through simple forms, colour, repetition/pattern. Seeing what you can do and the stories you can tell with minimal design. Also, feel like there’s a like-minded intention of putting a lot of care and quality and heart and soul into the work.

How would you describe the theme or story of your Norse Projects capsule collection?

Curiosity and exploration are integral parts of my practice. I have a genuine fascination with seeing simple forms in relation to each other and seeing how the feeling of a piece changes when the colours change, when more complexity is introduced, when there’s more negative space added, and so on. So there’s a tendency toward comparison, a curiosity to look at two versions of the same piece, or in some cases a sequence of multiple iterations. One of the natural ways that shows up in my work is through the simple metaphor of day and night, light and dark. The collection was informed by that process and shows the outcome of my play session with lines, form, colour and type to create nature-themed compositions. 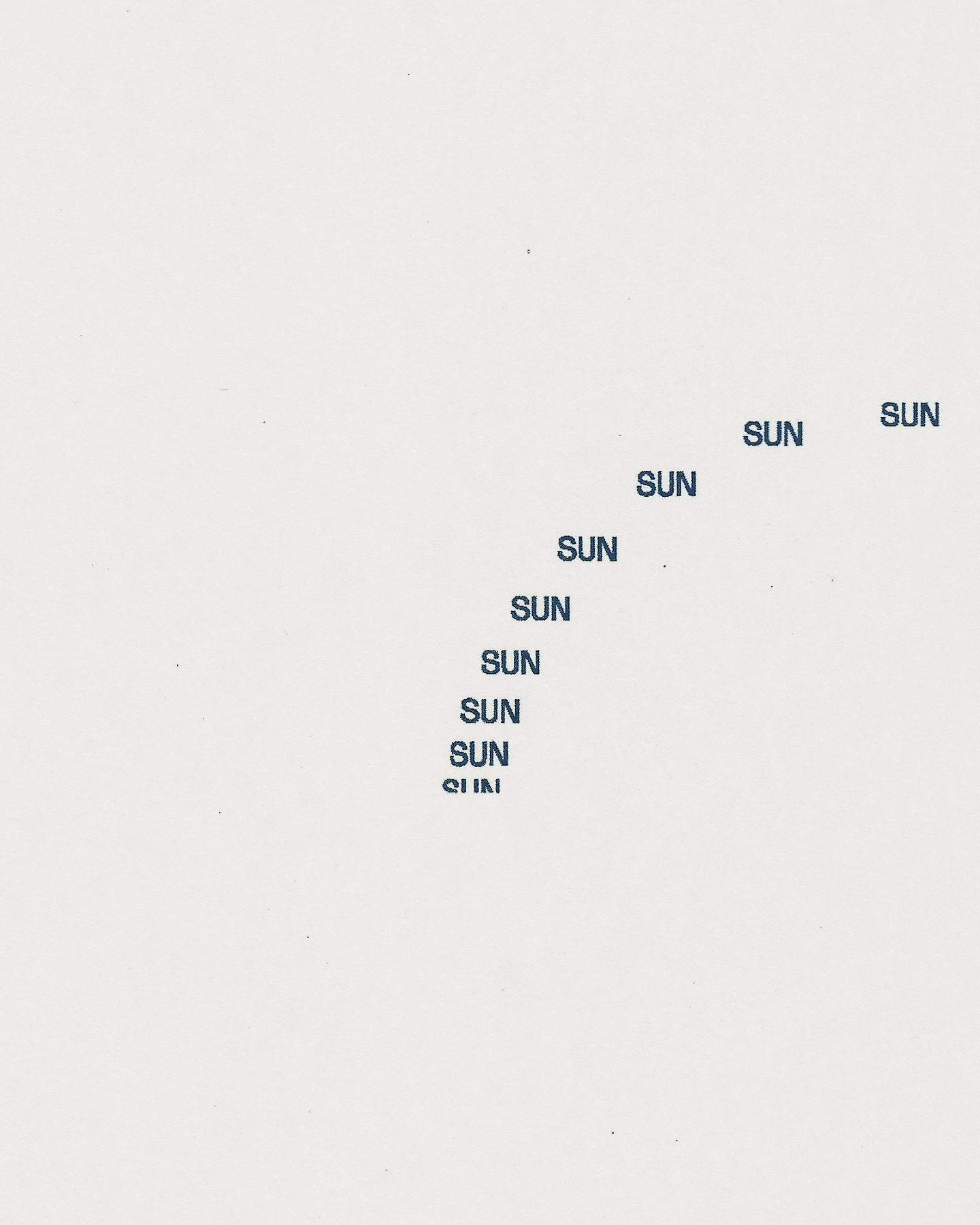 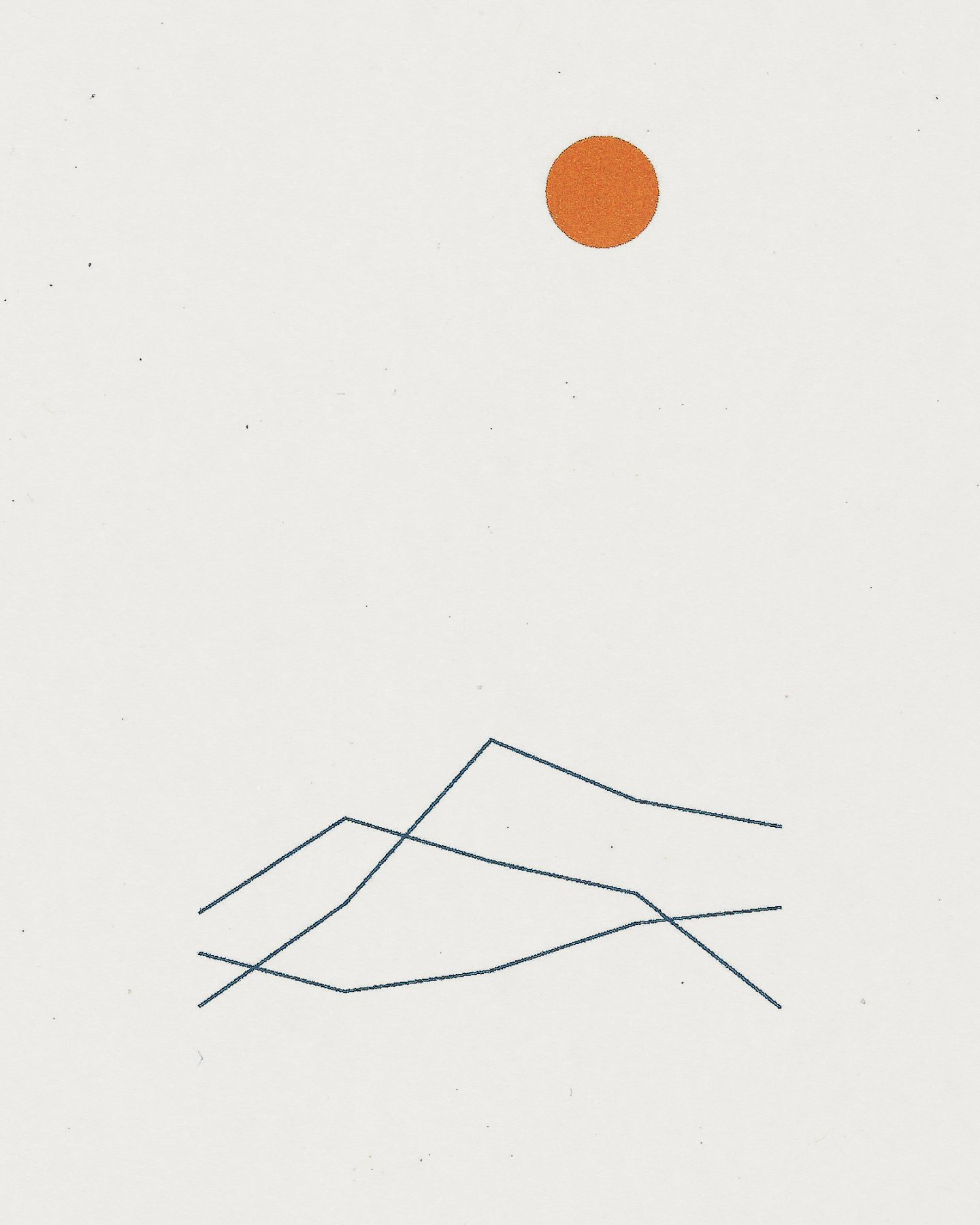 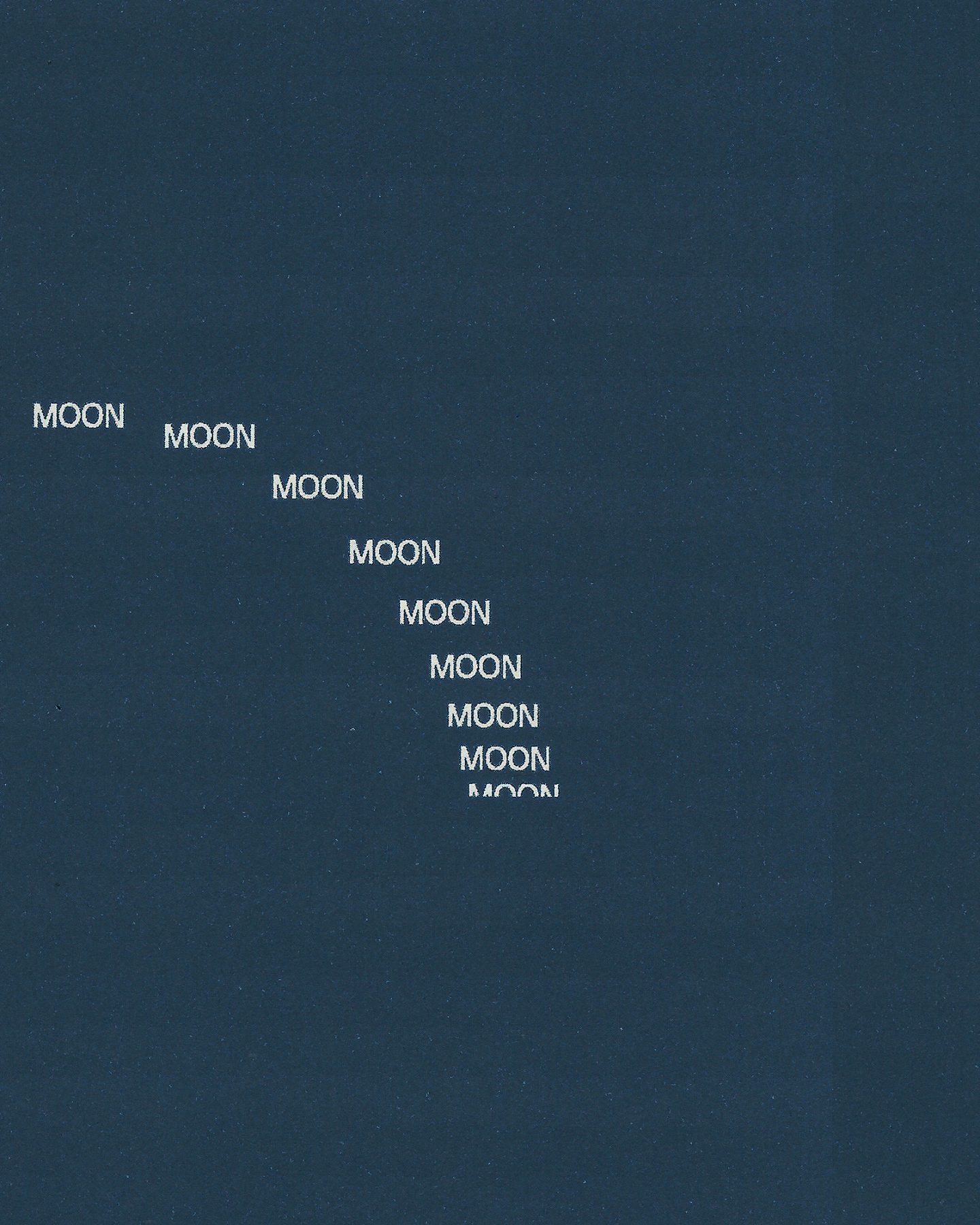 There is a reductional element to your work, but at the same time, there always seems to be a “message”. I feel like there is a conversation you are creating that adds a layer of depth to something that appears quite simple. How do you approach expressing themes or messages with function and form?

I spent the first several years of my career focused on brand and marketing design work for clients. Grateful for the work and lots of learning along the way, but never fulfilled in the quest for something more meaningful. Without having attended art or design school, I hadn’t ever explored my own voice and visual language. All of a sudden about five years ago I awakened to the idea that I could start exploring and perhaps find ways to combine my contemplative side with my love of art and design.

When I first started making work, I was having a conversation with myself initially, asking foundational questions like what do I most want to create, and why? Or what do I think the world needs more of? Then I came to enjoy the process of trying to express myself in my own way and create work that might connect with others. I imagine folks who are familiar with my practice can see that inherent sense of questioning and searching, and I always hope it resonates and inspires a bit of reflection or curiosity. 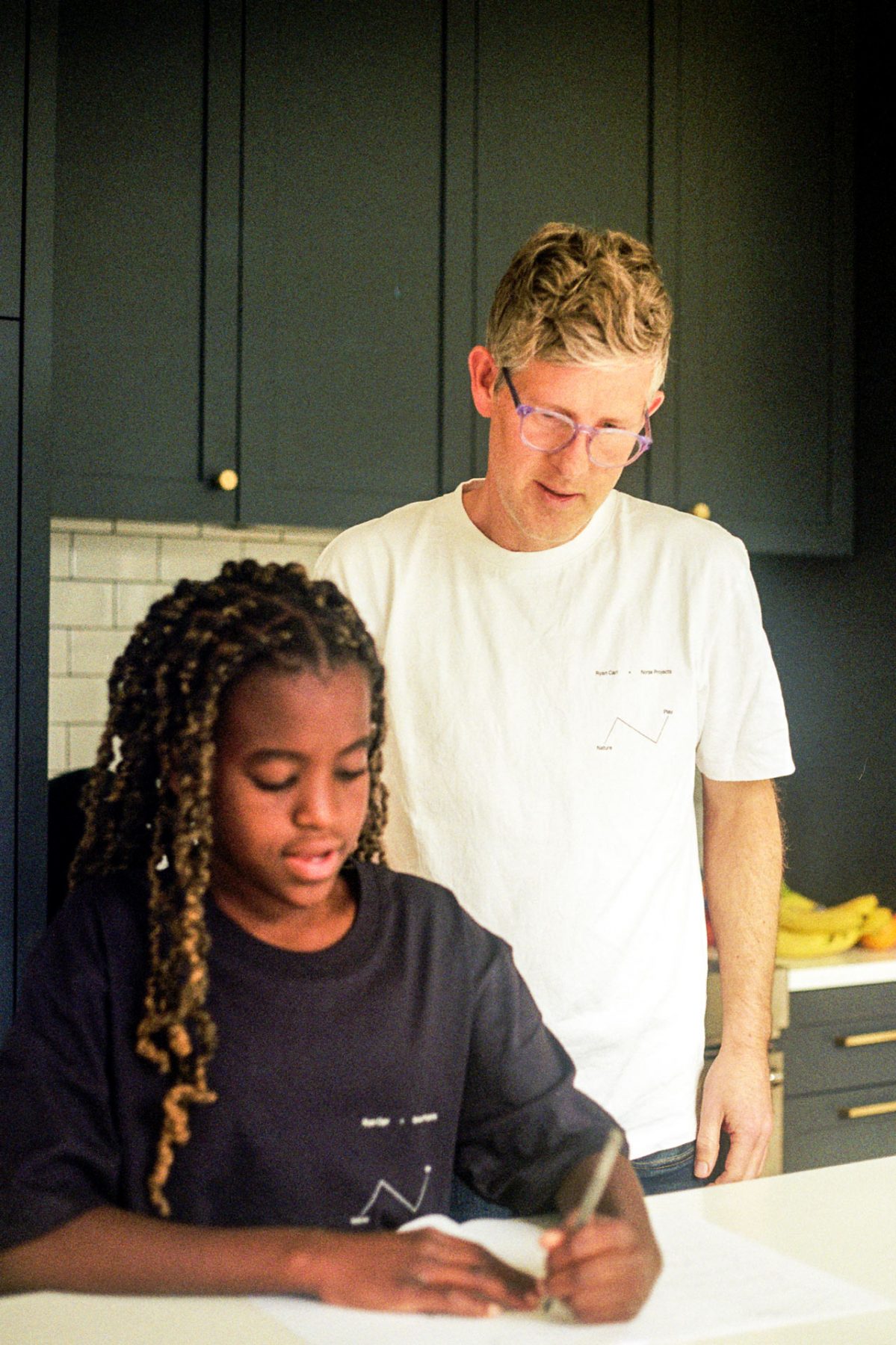 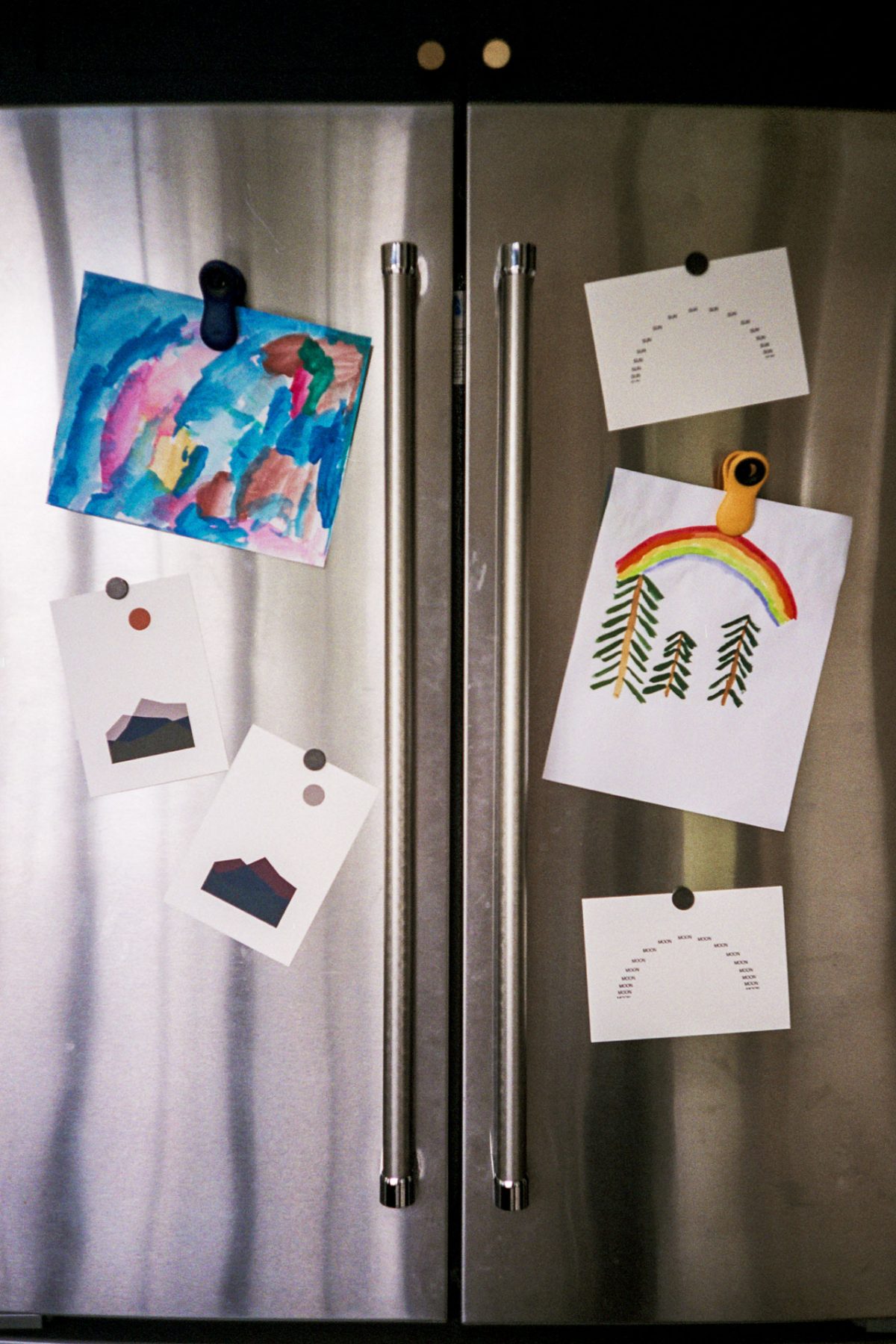 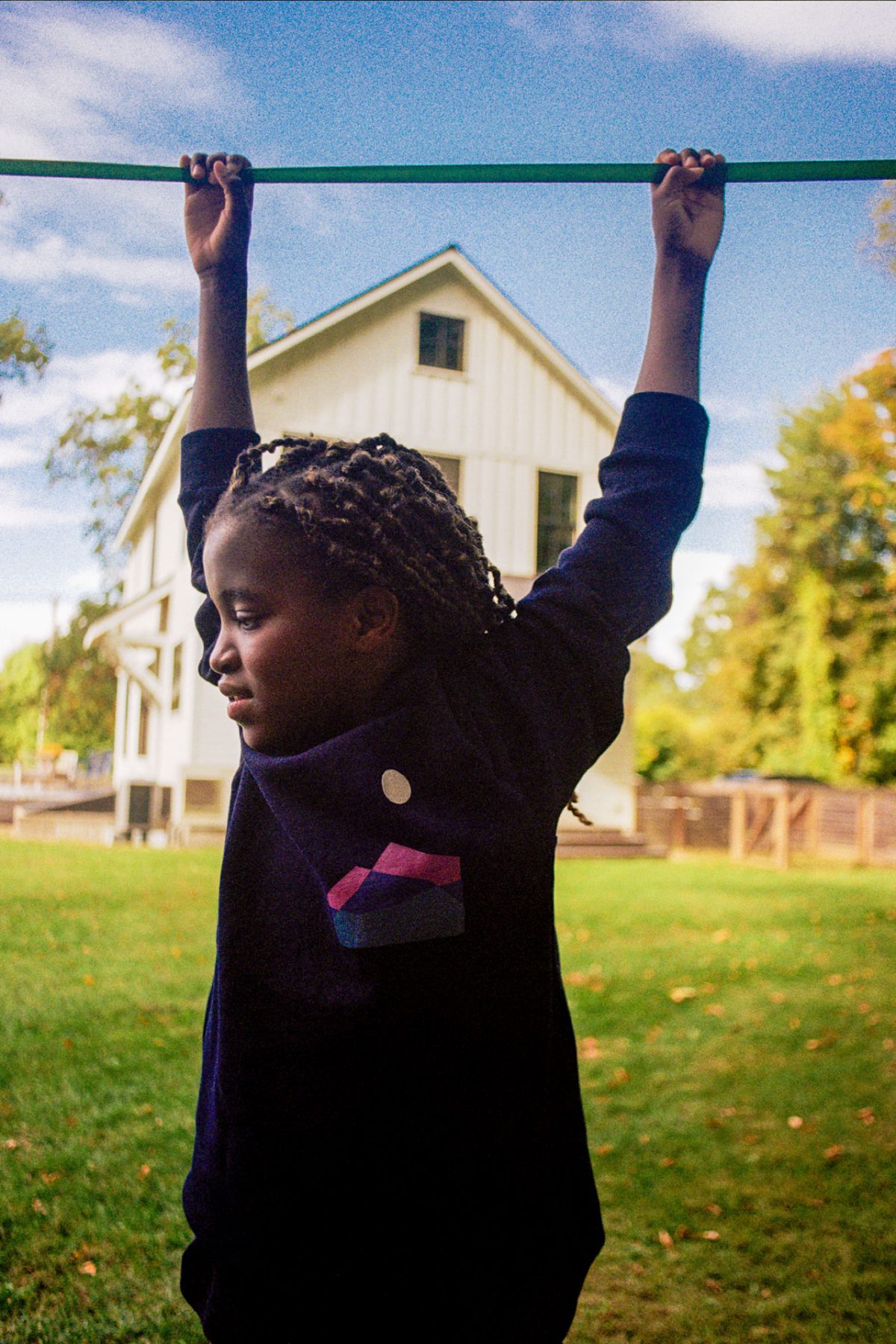 “I use a sketchbook every day and it gets filled up with words and concepts, but not necessarily with drawings. The language and concepts are the sketches or instructions that can then be executed with type and/or minimal forms.”

Besides geometric shapes, typography and wordplay play a big part in your practice. When approaching a commission, do you think with type first?

Yes, I’d say working with type and language is my version of sketching and drawing. I was recently speaking with an art director for an illustration project and she asked about my process and if I wanted to share rough sketches with her before working on the computer. I said I could do that but it would probably just be words. I use a sketchbook every day and it gets filled up with words and concepts, but not necessarily with drawings. The language and concepts are the sketches or instructions that can then be executed with type and/or minimal forms. 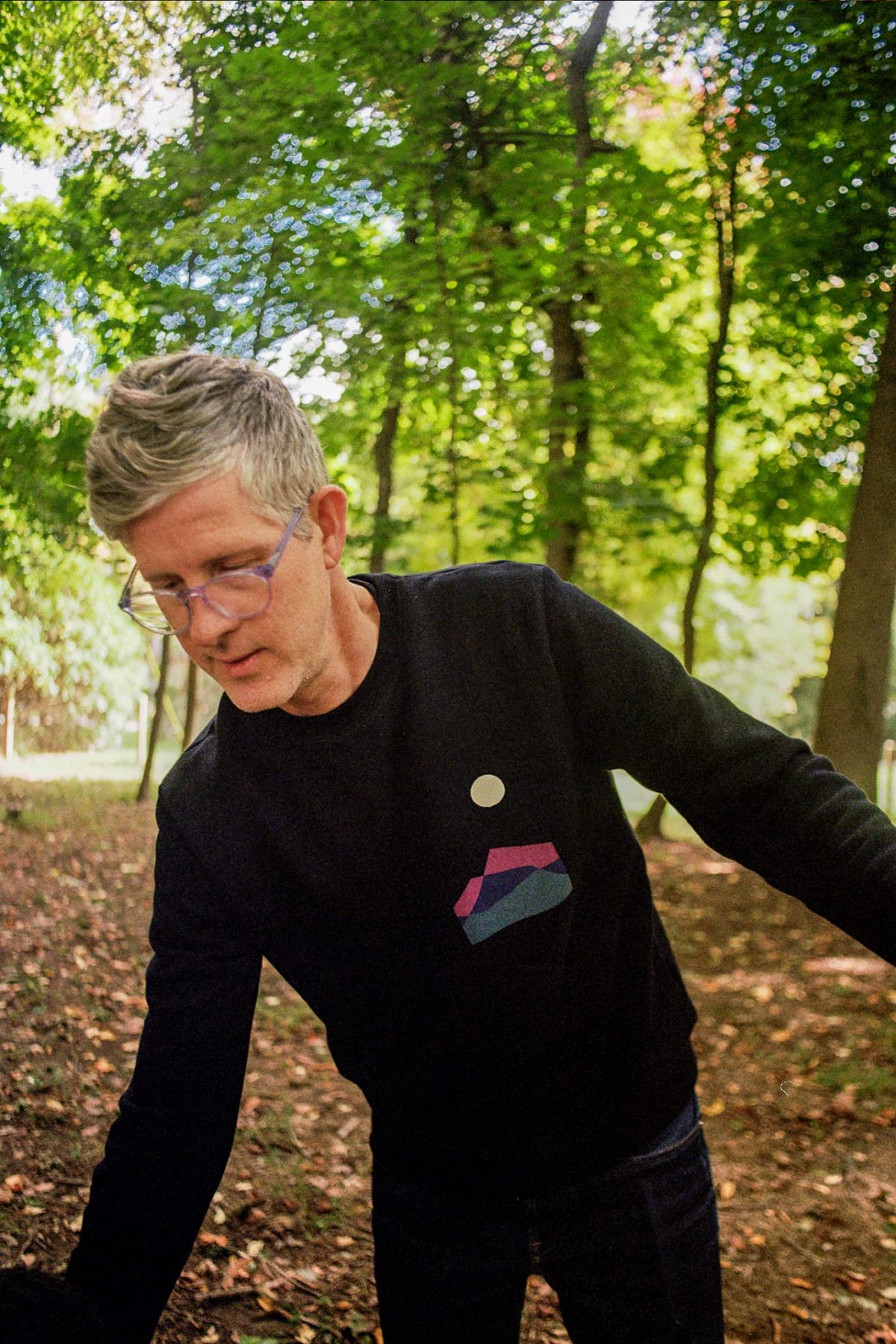 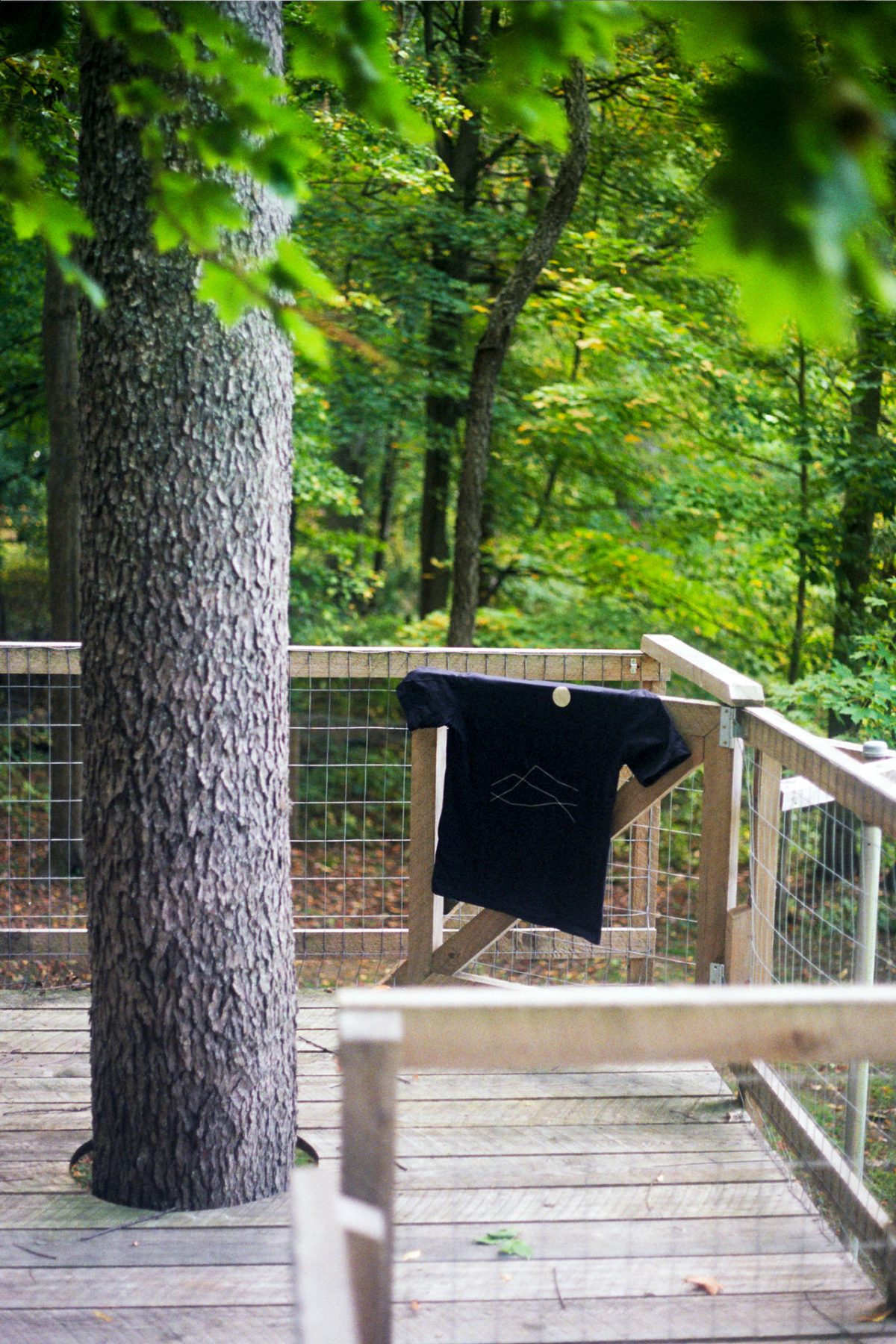 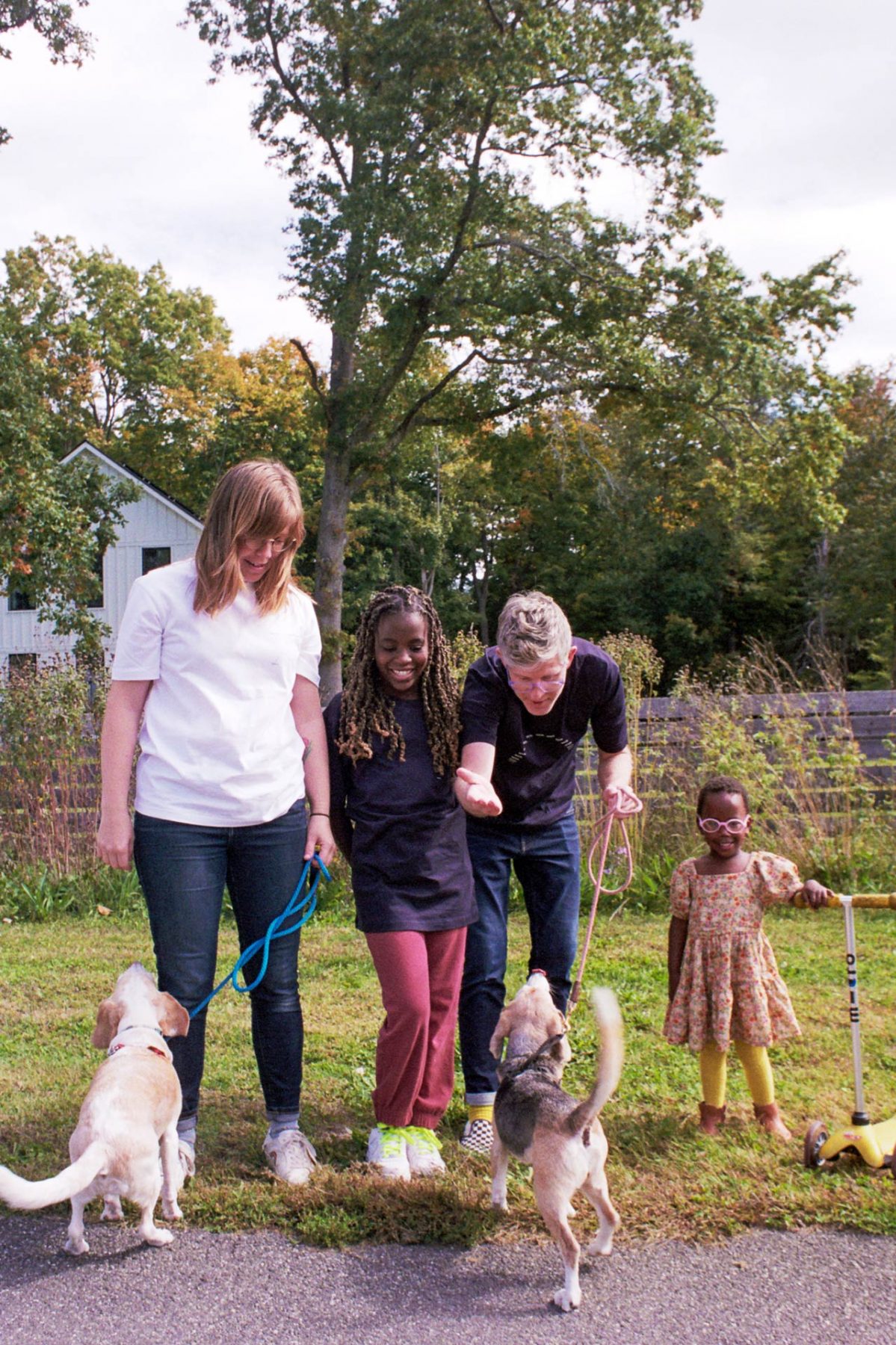 Your work has been used for infographics discussing important political issues, most recently for the New York Times. You have made posters for BLM and done identity work for a voting platform in the US. What draws you to these types of commissions?

It’s a sweet spot for me to do work that can contribute to a meaningful cause and make a difference in some way. For me, the subject matter matters. I feel grateful and always enjoy doing design and creative work but when you can also put those efforts toward important ideas or causes, even better. That part of my practice and intentionality wasn’t very present during the first chapter of my career, so I’m making up for lost time and running toward those types of projects whenever I can.

Whether it is the climate crisis or heated political discourse, there seems to be a new responsibility placed on graphic artists to communicate with the masses. Do you feel a certain onus to create conversations and reflection?

I love art and design for the beauty and poetry that can be created in so many different forms. And that can be enough. The process of exploring what one’s unique version of art is can be rewarding in many ways and maybe doesn’t have to be tied up with this responsibility.

For graphic artists in particular I think there’s so much history and inspiration to draw from, and more of an inherent idea that you really need to be looking and listening and questioning, in order to participate in the discourse of our time and to communicate with a sense of moral responsibility. So yes I do think it’s important and valuable, but also not everything has to be so serious. I try to find a balance between making work that allows for playfulness and self-expression, but then also fulfilling a desire to be involved in projects that have the potential to create conversations and positive change. 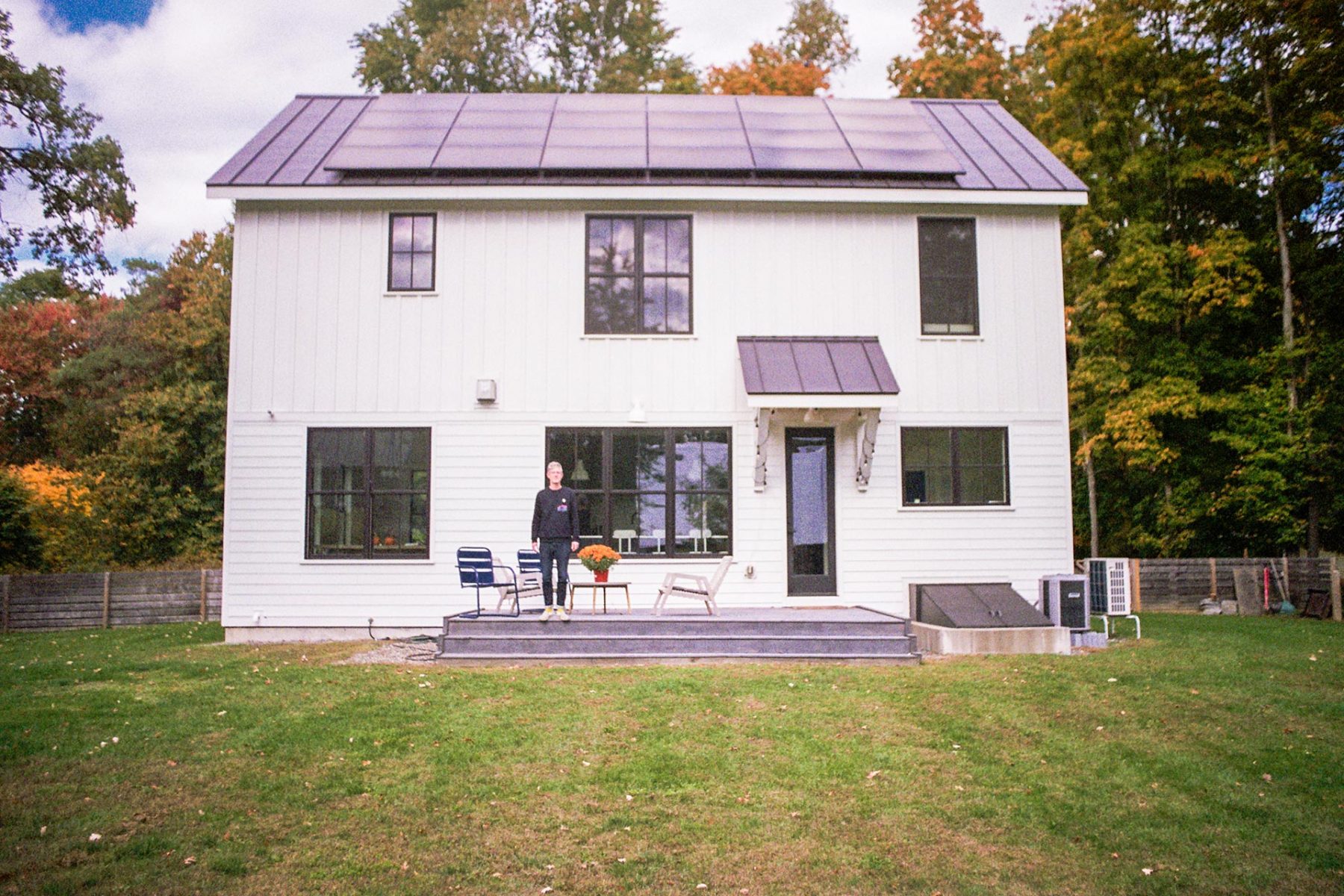